Here -105.427W 40.959N   Colorado-Wyoming border, this appears to be the origin of the fictional “Laramide Orogeny” since this impact is only about 25 miles away from Laramie, Wyoming USA.

This impact plume created by the impact appears to have moved south indicating that this part of the North American plate was moving north by northwest after the impact. 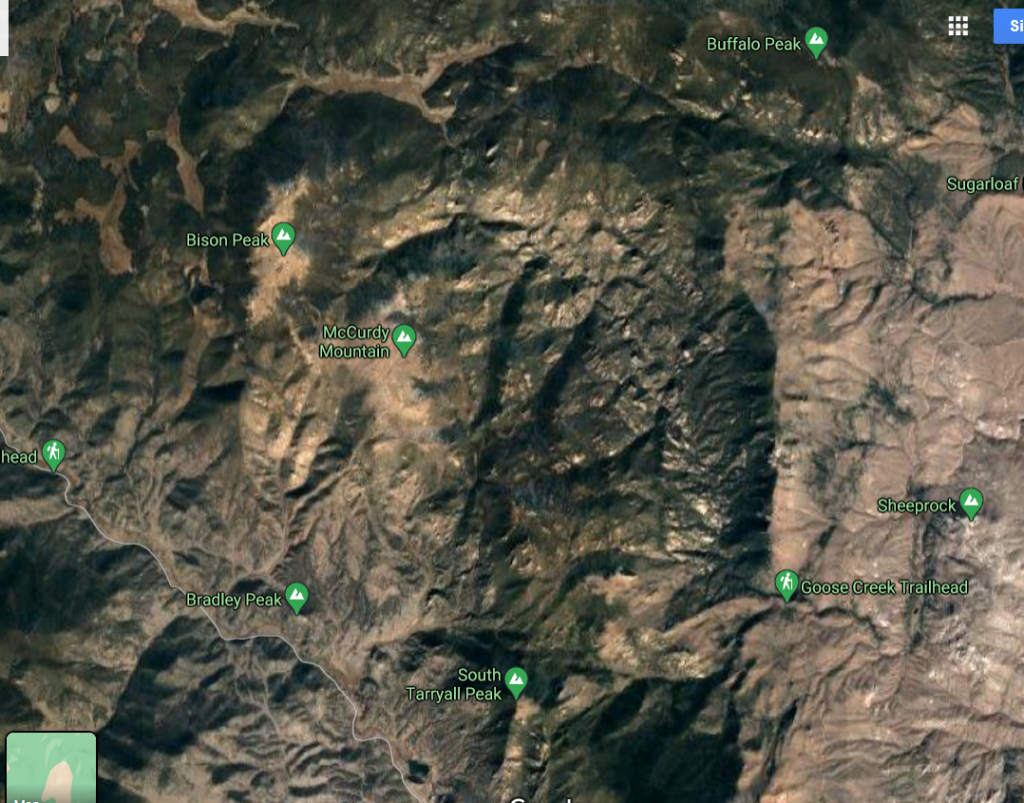 The Rocky Mountain chain as a whole appears to be a collision between two plates. This section of the Colorado Rockies appears to be the result of multiple and nearly simultaneous interstellar impacts. This would suggest a singular interstellar body which had fragmented or been disrupted a short time before the impact.

Two impacts north and west of Pikes Peak probably created the Pikes Peak batholith in Colorado. Both the Lake George and McCurdy Mountain appear to have circular ring dikes and are mafic or ultra-mafic intrusions or plugs. This would be consistent with an origin by interstellar asteroid impacts.

The one billion year old age given by the United States Geological Survey for Pike’s Peak is somewhere between 20X and 50X too great. Almost all the science by the USGS since about 1955 appears to be aware of, and intentionally suppressing asteroid and interstellar asteroid impacts. This would also mirror the rise of a Scientific/Political conspiracy in the oil state of Oklahoma at nearly this same time.